CIO ... Only Until the Next Data Breach

CIO ... Only Until the Next Data Breach 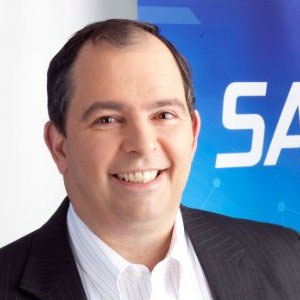 Today’s chief information officers (CIOs) operate in digital environments that are riddled with cyber threats. They face a daunting new reality– one where the next cyber-attack against their company, and the public’s reaction to it, could make or break their careers.

Cyber security is no doubt a significant global challenge, but I question  whether we are expecting too much from our IT professionals and if we  are giving them proper support. With the public moving toward a zero-fault  position, cyber security has become an overwhelming focus for CIOs– and  increasingly for CEOs, CFOs, boards of directors, and shareholders. A view  is emerging that protecting a company’s data from intrusions, breaches, and viruses falls squarely on the CIO and their team. Nothing could be  further from the truth. It is a total team effort that must become part of an organization’s DNA.

During the recent cyber-attack against the U.S. government’s Office  of Personnel Management data systems, the public criticized OPM for compromising the data of millions of active and former government, military, and contractor personnel. Critics were quick to point fingers, but  failed to recognize the challenges associated with securing this type of data in an increasingly complex digital world.

As the House Oversight Committee grilled OPM Director Katherine Archuleta over exactly how many records were compromised (ranging  from 14 million to 20 million), the complexity of the challenge was missed. The truth is, it does not matter how many records are compromised. A single record breached is too many and CIOs work diligently every day to ensure data is as secure as possible.

“CIOs, CISOs, and corporate leaders face the complex task of understanding every system, computer, and connection point, and then knowing what each one is supposed to be doing in a network”

The focus should not have been on numbers, but how the breach was dealt with. When security is compromised, CIOs and their teams have to act fast, smart, and decisively with prepared and tested remediation plans that safeguard those affected, ensure a resolution, and protect other areas that could also be vulnerable to the now known threat. Leaders at all levels must know these plans and procedures and be ready to execute them in these situations. Archuleta, who had held her post for 17 months, was not able to do that. Demands for her resignation came quickly, demonstrating how vulnerable leaders are to a cyber-event.

Contractor in Charge: A True Companion in Field Service

e-Emphasys Technologies: Changing the Rules of the Field Services Playbook

Valens Software: Carving Out Visibility with a One-Vendor Integrated System

Marketing G2: Managing the Processes of Engaging and Retaining Subscribers

Unlocking the Value of Connected Cars

Comprehensible Distribution of Training and Information...

The Current Focus is On Comprehensive Solutions

Big Data Analytics and Its Impact on the Supply Chain

Carmax, the Automobile Business with IT at the Core

The CIO's role in rethinking the scope of EPM for...

Transformative Impact On The IT Landscape

Get Ready for an IT Renaissance: Brought to You by Big...

Technology to Leverage and Enable

Speed is the Name of the Game

Great Expectations: Balancing the diverse needs of a city in a...

"Discovery and Delivery" - An Approach to IT Workload Balance

How has the pandemic changed the perspective of Ed-Tech Industry?