Semi-collapsed houses after an earthquake can be catastrophic. These unsteady structures might have people trapped inside, desperately in need of rescue. But how does one send a search party into that pile of rubble that might tumble any moment, with no assurance of the presence of life inside? Following the earthquakes in 2017, this was a major dilemma for The National Security Agency of Italy, until it came across Skypersonic’s Skycopter, a drone designed to fly indoors. These unmanned aerial vehicles (UAV) are enclosed in a spherical cage, and can safely bump around without hurting people or being damaged, while the camera mounted in the drone clicks pictures and takes HD videos that help in looking for any sign of life. This is one of the myriads of uses of the drone technology proffered by Skypersonic.

As CIO Applications’ team interviews Giuseppe Santangelo, CEO of Skypersonic, he highlights the success of his company through a lens of leadership and detailed understanding of technology, and how his organization helps the UAV sector go beyond just business to become an asset to mankind during a crisis.

What led to the inception of Skypersonic? Did you face any challenges as a company marketing drones meant for flying indoors?

In a marketplace that has a handful of players for indoor UAVs, Skypersonic recognized the need for small devices that could fly, bump, and bounce back with little to no damage. We started by selling drones to colleges, high schools, and even training pilots. Eventually, we decided to concentrate on professional applications by building drones that could perform risk inspection in tanks, bridges, chimneys, pipes, and mines. We received a wake-up call on selling drones to an industry with qualified pilots who were unable to fly a non GPS-assisted drone, which led us to realize that indoor flying is a completely different culture requiring a different skill set. Following this, the American Society of Indoor Professional Pilots (ASIPP) was created to train pilots’ specifically for indoor flying. Now drones are warrantied to customers as long as they have pilots with the ASIPP certification.

Skyloc is a unique positioning system, meant to be used indoors—pavilions, mines, garages, and the like, even in the absence of GPS

Can you describe your product offering, Skycopter? What special features does it possess that aids it in flying indoors?

Skycopter is a drone inside a spherical cage—this exoskeleton is composed of bump-resistant polycarbonates. A major concern while creating this cage is that if its vibrations reach the material’s natural frequency, there will be resonance. Being an R&D company, we tried several combinations before coming up with the perfect material that ensures that the drone is unaffected while flying, from the aerodynamic and mechanical point of view. Further, the drone’s core consists of an electronic board that mounts the motors, propellers, and flying control systems. The drone has several sensors, a compass, magnetometer, inertial measurement unit, and a tiltable HD camera with four powerful LEDs to fly even in the darkest environments. The Skycopter, 14.5 inches in diameter, and weighing a pound, is crash resistant even from a considerable height. The ground station gets a high quality, latency-free FPV analog video feed and telemetry data from the drone, while its position can be followed in real time on a proprietary Android-based app, if used in conjunction with Skyloc. The drone can currently carry out twelve-minute long missions, following which the battery requires changing.

What is the function of Skyloc? What spurred its creation?

Skyloc is a unique positioning system, meant to be used indoors—pavilions, mines, garages and the like, where the absence of GPS is a limitation. It can be used in combination with Skycopter, or as a stand-alone system, and can also be built into the infrastructure of vehicles. While Skyloc provides the same protocol as GPS, its measurements have greater accuracy—GPS provides one measurement per second that is accurate up to 2 meters, while Skyloc provides roughly 20 measurements per second with centimetric accuracy. Skyloc is composed of beacons that simulate satellites, called “anchors”. It works with a minimum of three anchors, each of which works within a perimeter of 200 feet. It is constantly connected to the cloud, where the results of its navigations are stored for easy access. Skyloc is also expected to prove beneficial in enhancing autonomous driving inside parking lots by providing vehicle to vehicle and vehicle to pedestrian technology in the absence of GPS. A deep learning engine allows the system to work with an unlimited number of anchors in extremely wide scenarios. A video showing this feature in depth is available on our website: www.skypersonic.net.

Can you tell us about the ways in which Skycopter is currently being used? Are there any further applications of the device that you are looking into?

An industrial customer in New Jersey has been using the Skycopter for inspecting bridges. With several historical bridges needing an inspection for possible repairs, the conventional norms are difficult to follow, and Skycopter comes in as a savior as it can safely be sent under the bridges to take pictures without the risk of damaging itself or the ancient structures.

A collaboration with a law enforcement application in the U.S. also appears to be on the horizon —the plan is to use the Skycopter during active shootings. The drone can be launched in this risky scenario, where it will not attract much attention due to its small size and can provide the police with regular situational updates without putting officers at risk.

What are the cards placed on the table as the future draws closer?
We are aiming for a bigger picture and plan to reduce our drone dimensions by 40 percent, while increasing its endurance—a smaller ball less than ten inches in diameter, with the ability to fly constantly for 20 minutes. As the company looks into newer applications of its products, the ability to fly uninterrupted for longer intervals will open up newer avenues for Skypersonic, and lead to a brighter future. 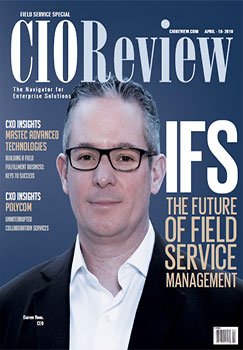