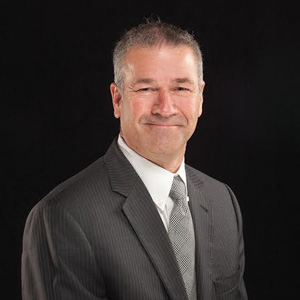 Richard Hambrick, Vice President
In an increasingly mobile world, the number of lone workers across industry segments such as energy, home healthcare, public utilities, real estate and more, comprise almost 15 percent of the overall workforce. In an increasingly violent world, sobering statistics from the U.S. Bureau of Labor, reveals an average of 12 people dying at the workplace and over 5,500 people being victims of workplace violence every single day. At-risk employees are unaware of the impending event, while their employers are not forewarned to take up proactive safety measures. “At SoloProtect, we have a passion for life safety and our goal is to make working alone safer,” affirms Richard Hambrick, VP, SoloProtect.

SoloProtect offers comprehensive protection to isolated workers who may be involved in a violent encounter or other dangerous situation, or experience a medical emergency, that renders them incapable of communicating for help. According to Hambrick, two unique features of SoloProtect’s “Identicom” technology give it a marked advantage over industry competitors.

Regarded as an industry expert on lone worker safety issues, he says, “The first is the unobtrusive profile of the device.” Lone worker communication tools tend to resemble chunky radios or garage door openers, which are more difficult for a threatened worker to operate without risking discovery that an alert is being sent. “SoloProtect’s “Identicom” device takes the form of a discrete cellular ID badge, making it safer for a person in danger to activate without the potential perpetrator being aware that assistance is being requested.”

The second unique feature is the fact that the SoloProtect device doesn’t rely solely on GPS technology for identifying locations. Even if GPS does pull the correct address, the exact specifics of the building where an injured person requires assistance cannot be pinpointed. “The SoloProtect technology accounts for this gap by pairing GPS technology with what we call the “Yellow Alert”, which allows a worker to record a 30-second message providing location and other specifics, which is crucial in enabling emergency responders to focus their efforts more quickly,” says Hambrick.
This becomes of paramount importance when the employee is in a large sprawling facility or multi-storey building.

The SoloProtect device connects via a mobile network with an Emergency Dispatch Center (EDC), which is manned 24/7/365 with operators who are both AEMD and HIPAA certified and capable of providing immediate medical advice and verbal support even as mobile rescue personnel are being dispatched.

Lone workers who feel at risk can discreetly activate a Red Alert, which opens a one-way voice channel enabling the operators at the EDC to listen and assess the situation in order to provide appropriate assistance. Likewise, the device’s “Man Down” feature raises an automatic alarm when an employee is incapable of raising an alert on their own. SoloProtect’s “Ready2Talk”, feature is for non-emergency situations, where a user does not feel directly threatened, but would feel more comfortable if an operator were on the line with them, such as in an instance where a user might be walking to their vehicle alone at night. This feature opens two-way communication whereby the user would carry on an indiscreet conversation with the operator. The user simply confirms safety and closes the voice channel when they are comfortable doing so.

The growing number of workers feeling safer with the latest SoloProtect technology worldwide includes the United Kingdom’s National Health Service field staff, Domino’s Pizza supply chain delivery drivers and Hilti’s retail staff. In future, the wearable aspect of the design is anticipated to expand to include better options for situations where an ID badge might seem out of place, or where dangling an ID could compromise safety or efficiency. “Bluetooth functionality is also on the horizon, alongside the possibility to provide mass notification alerts to field employees,” concludes Hambrick. 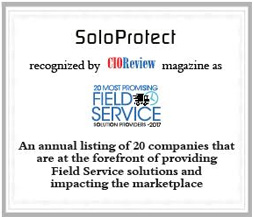 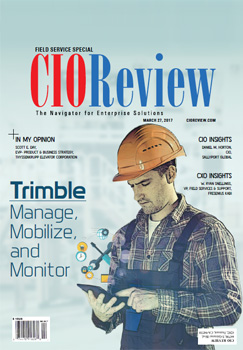