Valens Software: Carving Out Visibility with a One-Vendor Integrated System 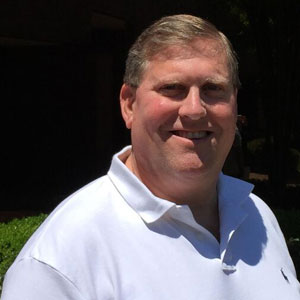 Paul Knopf , CEO
Surrounded by the breathtaking beauty of Lake Tahoe, Paul Knopf became a skier. He admits that he's faced the situation of being poised on a mountain top and realized that the trail's level of difficulty was much higher than he'd expected. In such a situation, what did he do? Ski the trail ahead, of course!

“You cannot be afraid to do what’s right," Knopf says. "It means that you need to take a long-term view on what the right thing is and proceed with a zest, without fear. That’s the kind of no-fear attitude I like to bring to my employees,” he says. The same belief is the key to his success as the CEO of Valens Software, serving clients with one-shop vendor efficiency.

Headquartered in Norcross, Georgia, Valens Software seeks to curb the challenges of multiple-system operations and diversified controls with a fully integrated system, having 360 degree view over all aspects of field service.
“Many CIOs use multiple systems to have best-of-breed business approach. This can be very challenging as it requires upgrading each system in the same timeframe and ensuring that data moves back and forth between the systems correctly,” says Knopf. Valens Software’s integrated system comes with a graphical dashboard that covers the entire gamut of service operations, from prospecting to estimating, tracking of recurring services, digital work orders to dispatching, mobile field operation, full financials, job costing, and even a customer portal to ensure customer satisfaction.

Moreover, to compliment the era of mobile application and related concerns, Valens Software provides its customers with a management system, ProfitZoom. It is an advanced user interface that eliminates the reliance on multiple systems for daily workflow. The system tracks all the technicians in field and receives updates in real-time. “Our product ismobile, and what is unique is it works both online and offline, through what we call ‘digital work orders.’ Offline operation is key as you are often in places where you can’t get good signal or where you aren’t allowed to use cellular devices. Our ‘Digital Work Order concept tracks the order within our system, giving visibility over technicians in the field, orders in process, collecting real-time data to allow for pricing changes and collecting payment on-site.
It adheres to the compliance requirements while encouraging transparency,” says Knopf.

The company also tackles the overwhelming amount of paperwork in the industry that involves time consumption and data loss vulnerability. For instance, a company approached Valens with invoicing issues. “The client had five internal service representatives to handle their billing system and all of them were occupied with various significant tasks. Their invoicing process took two days to be generated,” says Roger Bentley, VP-R&D, Valens Software. Valens Software provided them with their integrated system, ProfitZoom. “Our system is like having one big control panel for their operations people. It took care of the rescheduling, reviewing, and processing services,” he adds. It allowed the client to visualize the process of invoicing and rescheduling work. After four months, Bentley reports, “They reduced those five representatives down to one on a half-day shift. Also, our system reduced the time to invoice to almost immediately after the service was completed.”

Valens Software also provides an end-user reporting tool, a fully-fledged Business Intelligence system that gives clients a complete graphical picture without going through volumes of information. “Our technology gives us agility. We provide a fully integrated one-vendor system that allows us to be nimble to meet and exceed our customers’ demands,” says Knopf.

Looking ahead, the company envisions advancing the dashboard and adding light manufacturing and distribution features into ProfitZoom that would help expand the company’s market. “We want to handle the smaller ends of the market as well. Therefore, we would like to bring out a version of our system to fit the budget of smaller companies,” Knopf concludes. 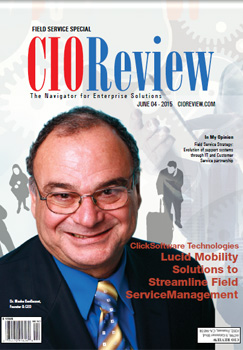